In front of helpless looks, nature has struck again in DR Congo.

More than 55 peoples died, more than 45 others injured and more than 3,500 houses destroyed, this is the official toll of the calamity that occurred in the city of Uvira in the province of South Kivu on the night of Thursday at Friday April 17, 2020. This provisional assessment was given by the provincial governor Théo GWABIDJE KASI during a press conference held at his office, this Friday, April 17.

According to the provincial authority; The heavy rains which fell in this part of the province caused the overflowing of the waters of the MULONGWE river, and flooded all the avenues of the districts of KASENGA and MULONGWE which remained flooded all day this Friday.

The Governor of South Kivu Théo NGWABIDJE KASI informs that 77,790 people are affected, 5,500 households are affected, and the 45 injured are receiving treatment at the general hospital of uvira and kasenga. He said that his services were trying to determine the exact number of material and human damage, while offering his condolences to the families affected.

The head of the UN mission in the Democratic Republic of the Congo (DRC) is asking the Security Council for its continued support as the mission adds the fight against COVID-19 to its to-do list, while also dealing with a fragile security situation in the east of the country.

WSM is working on, how to improve and access water quality
Point of use water and sanitation technologies reduce the number of deaths caused by waterborne disease,

while also freeing women and girls from the work required to transport and store water, allowing them more time to focus on education and income-generating activities. 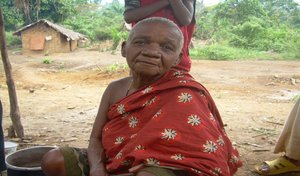 Help us to support the elderly in their old age. WSM is working to support the vulnerable old people in the differents place, especially in the areas torn apart by different conflict.

HERE TO FIND US